The War Over Pandemic School Closings in Minneapolis (1918 Version)

by Dave Kenney posted on August 26, 2020 in Public Health 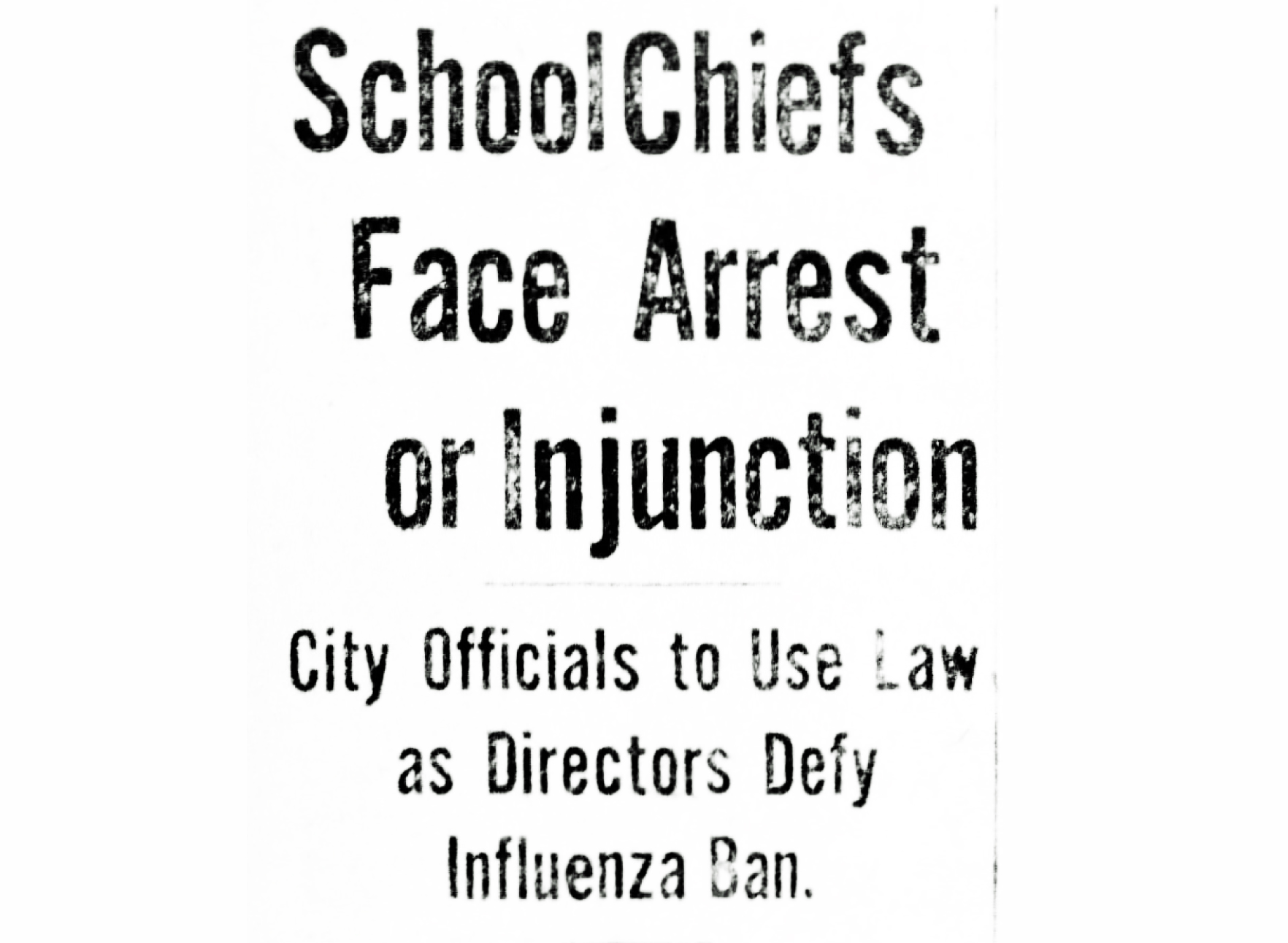 At least no one’s threatening to throw school board members in jail—yet.

As we in Minnesota get ready to send our kids back to school—either in-person, virtually, or through some combination of the two—we should try not to let our hopes get the best of us. If history is any guide, we will eventually be forced to acknowledge what we already know: that pathogens do not respect school calendars. The experience of the Minneapolis public school system during the height of the 1918 “Spanish flu” provides a sobering reminder of how reality tends to stomp on our best intentions.

The influenza pandemic that arrived in United States in the spring of 1918 did not hit Minneapolis until the fall of that year. But when it did arrive, it spread quickly, and it convinced public health officials to act. On October 11, 1918, the city health department ordered all places of public gathering—churches, theaters, dance halls, pool halls, and schools—closed indefinitely, until the pandemic was under control. The shut-down put Minneapolis’s top health official, Dr. H.M. Guilford, in direct conflict with the city’s school board, whose members felt they knew what was best for children, teachers, and staff. And what was best, they insisted, was that kids keep going to school, the flu be damned.

Many of the school board’s arguments for keeping students in school—some of which later proved dubious—sound familiar today: the disease did not seem to be nearly as dangerous to children as it was to adults; kids were actually safer in school than they were playing on their own in “streets and alleys;” schools should not be forced to close while some businesses, including bars, remained open. About a week into the shut-down, the school board voted to defy the health department and reopen the schools, but Guilford refused to budge. The board’s members backed down two days later when faced with possible arrest.

But as the schools remained closed, public sentiment against the shut-down grew. Guilford finally relented. Minneapolis’s public schools reopened on November 18, five and half weeks after they were ordered to close. While celebrating the reopening, school superintendent B.B. Jackson sought to preemptively shift the blame for any influenza outbreak that might occur in the coming weeks. If the flu took hold in the schools, he said, it would be the fault of the “questionable activities” of the children themselves. Jackson also acknowledged that Guilford had warned the board that reopening “would not be wise.”

And, as it turned out, Guilford was right.

Two weeks later, schools throughout the district were reporting an alarming number of influenza absences. In one school alone, Fulton Elementary in North Minneapolis, 126 students were out with the disease. The latest spike seemed to confirm that the “Spanish flu” was not, as many people believed, an illness that skipped over children. Guilford responded by re-closing the schools until the end of the year. This time the school board raised hardly any objections. When the schools reopened at the start of the new year, the 1918 wave had effectively dissipated. Students resumed their education with few disruptions.

Comparisons between the 1918 influenza and the COVID-19 pandemic are admittedly imperfect. The “Spanish flu” was deadlier than the disease caused by the new coronavirus. Minneapolis’s schools had to shut down suddenly, while classes were underway, and did not have a chance to institute the kind of safety measures that our schools will use this fall. But the events of the fall of 1918 still carry an important lesson for those of us hoping that this coming school year will move forward without major disruptions. Unfortunately, it probably won’t.