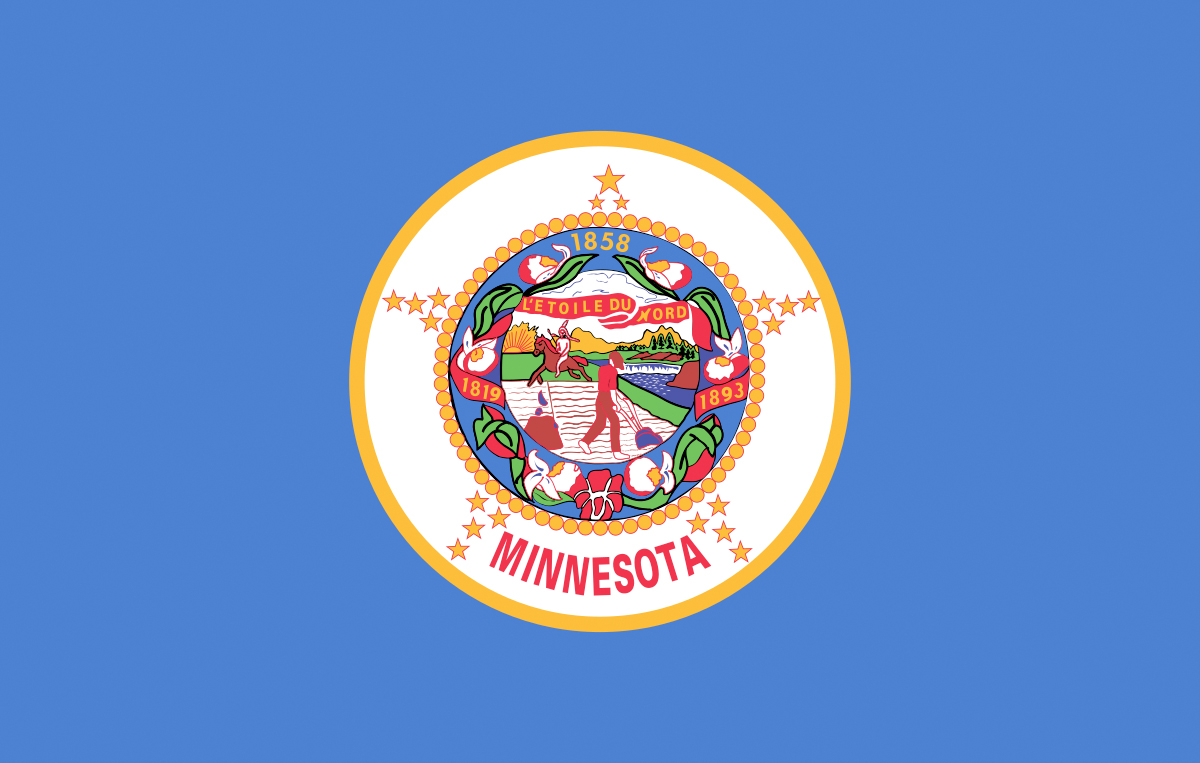 Mississippi just got rid of its state flag. Why can’t Minnesota?

There’s a saying, especially common in the Deep South—“Thank God for Mississippi!”—that suggests that, no matter how bad things are where you live, they’re probably worse in the Magnolia State. It’s an all-purpose put-down that applies to everything from educational achievement scores to infant mortality rates. Here in Minnesota, we rarely stoop to such belittlements because we automatically assume our state’s superiority. But perhaps we should reconsider our arrogance. After all, Mississippi just got rid of its racist state flag. We’re still stuck with ours.

Minnesota’s state flag has never been particularly beloved. It features a cluttered design that’s impossible to make out from a distance. In fact, 19 years ago, a collection of flag experts (yes, there are such people) voted Minnesota’s flag the fifth worst in the nation, design-wise, behind only New Hampshire, Idaho, Wisconsin, and Kentucky. Like those other loser states, Minnesota chose to incorporate its state seal in its flag’s design. And it’s the seal that poses the problem.

The state seal, based on a sketch by soldier and artist Seth Eastman, dates back to the late 1840s, before Minnesota was even a state. Its original design featured, in the foreground a farmer plowing a field, with a rifle and ax leaning against a tree stump. In the background, an Indian man on horseback rode into a sunset. There was nothing subtle about the message: Minnesota was to be a land of white people and its indigenous residents were to go away. A poem by Eastman’s wife, Mary, left little doubt about the seal’s prevailing theme of white people’s Manifest Destiny:

Give way, give way, young warrior,
Thou and thy steed give way;
Rest not, though lingers on the hills
The red sun’s parting ray.
The rock bluff and prairie land
The white man claims them now,
The symbols of his course are here,
The rifle, axe, and plough.

The seal appeared on Minnesota’s first official flag in 1893, and has remained its central design element ever since. There have been a few changes, including, most significantly, a course correction for the Indian rider instituted in 1983. He now rides to the south instead of the west, which is apparently meant to neutralize objections to the “riding into the sunset” message.

Critics have periodically tried—and failed—to change Minnesota’s flag and remove its racist imagery. This year, a bill calling for a study of its design died in legislative committee. When it comes to its flag, the North Star State remains a state of inertia. But at least we’ve given the good folk of Mississippi an excuse to say, “Thank God for Minnesota!”