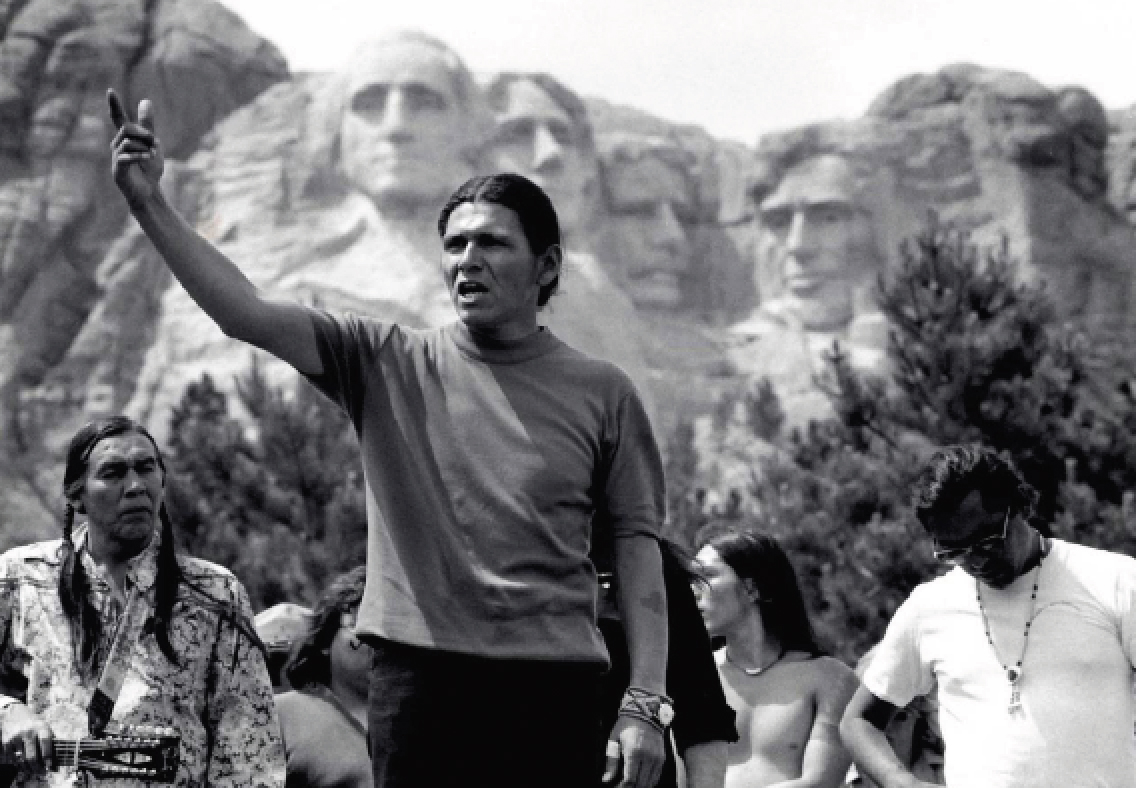 Excerpted from Minnesota in the ’70s, which I co-authored with Thomas Saylor

In the late summer of 1970, a contingent of AIM activists including Dennis Banks and new member of the leadership group, Russell Means, headed to South Dakota to join a protest at Mount Rushmore. The protest, originally started by a determined group of Lakota women, had begun small with a simple goal: to demand that the U.S. government honor its commitments under the 1868 Fort Laramie Treaty…and acknowledge that the Black Hills belonged to the Lakota people. But the Mount Rushmore demonstration began attracting sympathizers from far beyond South Dakota, including the young activists from AIM. At first, the newcomers were content to support the local protesters by holding signs and making speeches. But soon they began itching to do more.

On the evening of August 24, Russell Means and a few other protesters broke away from the main group and headed up the mountain, determined to make a statement that no one could ignore. Chased by forest rangers, they made it to the summit and set up camp behind Teddy Roosevelt’s head. They painted a homemade banner declaring “Sioux Indian Power” and unfurled it over George Washington’s face. Means, standing on a ledge high above the monument’s amphitheater, delivered voice-of-God lectures on U.S. government perfidy to confused tourists below.

The government…opted to wait out the militants rather than risk a violent confrontation. The protesters, for their part, were in no rush to leave. They remained on the monument for several months until cold weather forced them to abandon camp. The occupation of Mount Rushmore failed to gain any concessions from the government, but it did generate a good bit of national publicity. It also built a foundation of camaraderie that would nurture the movement in the months to come. “Some folks fell in love up there, and a few babies were made on that mountain,” Means later wrote. “Occupying Mount Rushmore was fun.”