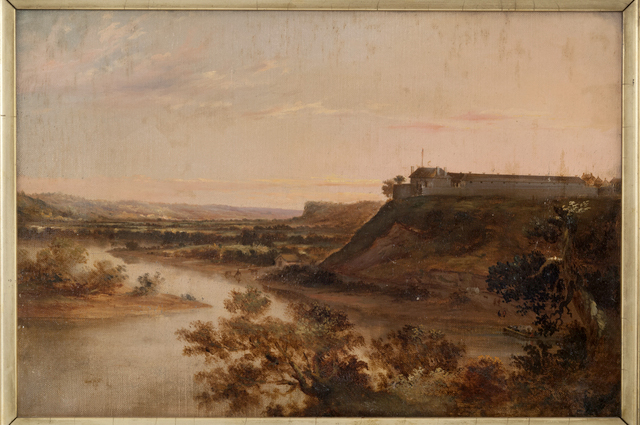 Fort Snelling, about 1855, artist unknown. Via the Minnesota Historical Society

This week marks the 200th anniversary of the laying of the first cornerstone at Minnesota’s oldest and most famous military installation, Fort Snelling, at the confluence of the Minnesota and Mississippi rivers. The fact that barely anyone today is commemorating the bicentennial proves that celebratory history often loses its appeal as our understanding of the past—and all its complexities and difficulties—evolves over time.

A couple weeks ago, the Minneapolis Star-Tribune published an essay by Stephen E. Osman, Fort Snelling’s preeminent historian. In it, Osman bemoaned the bicentennial’s relative anonymity. He recalled skipping class in 1970 to help celebrate the fort’s 150th anniversary, made note of an earlier centennial celebration in 1920, and called out the politicians, historians, and others who willfully chose to “silently ignore this anniversary.” He recounted the fort’s crucial role in opening the land that became Minnesota to “a flood of immigrants.” And he wished that a more widespread recognition of “yesterday’s hard-won achievements” at Fort Snelling would “inspire us today to draw together and to dream of the next 200 years in this shared garden called Minnesota.”

I have drawn on Osman’s scholarship in my own work. He is among those rare and essential historians who devote much of their lives to pursuing their singular passions, and sharing what they learn with the rest of us. No one is worthier of advocating for Fort Snelling’s historical significance. But in his essay, Osman only alludes to the uncomfortable truths behind the ignoring of the fort’s bicentennial. He mentions the fort’s role in enforcing treaties between indigenous people and the U.S. government, but does not acknowledge the injustices subsequently perpetrated on the Dakota and Ojibwe through government coercion, lying, neglect, and violence. He does not refer to the hundreds of Dakota refugees who were forced to live and die in a concentration camp below the fort during the winter after the U.S.-Dakota War of 1862. Fifty years ago, when Osman participated in Fort Snelling’s sesquicentennial celebration, those troubling facts were rarely acknowledged. Now they are. And that’s why we’re not celebrating this time around: It’s hard to throw a birthday party for a place that we have come to know as a site of a painful—not just a proud—past.

Osman knows all this. But I’m sure it must hurt to see people ignore a major anniversary of the place he’s spent so much time researching and writing about. The fact is, we seem to have moved past celebrating many of the people, places, and moments that we once were eager to remember. Twelve years ago, I figured I would be busy working on all sorts of projects to commemorate Minnesota’s 150th year of statehood. Instead, the anniversary passed with hardly a mention. There were many reasons for the lack of remembering, including state budget considerations, but our evolving understanding of history’s complexities figured prominently. Minnesota, like Fort Snelling, isn’t as easy to celebrate as it used to be.