Freedom’s NOT Just Another Word for “F#@% You” 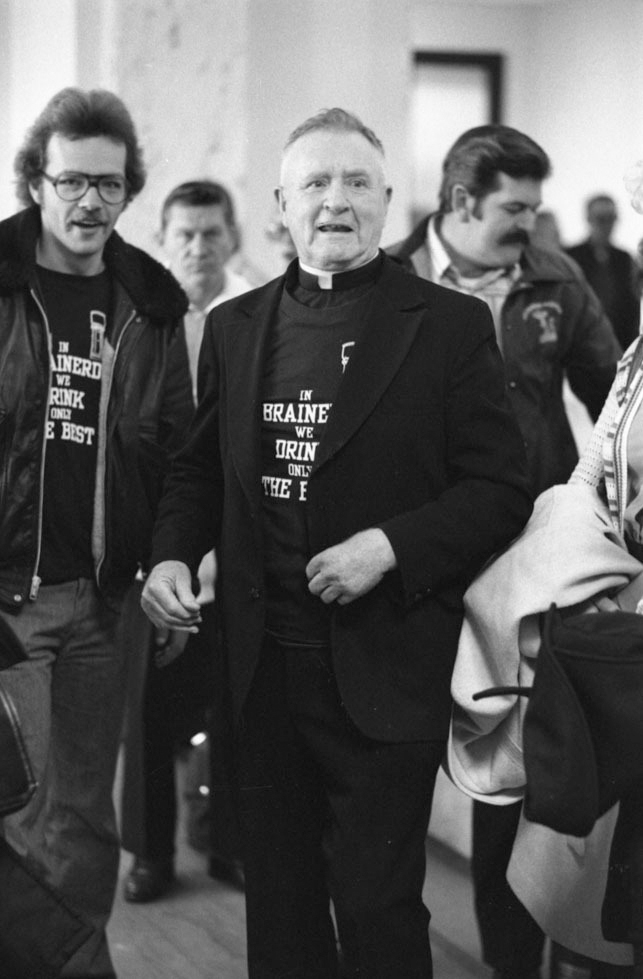 Self-proclaimed liberty lovers have always had a problem with public health.

If you want to sample COVID-19-era grievances in Minnesota, just make your way to the Twitter accounts of some of the state’s most prolific social media “freedom fighters.” (I’m tempted to identify a few for your reading enjoyment, but I’m no masochist.) These days, Minnesota’s self-proclaimed liberty lovers seem most exorcized about Gov. Tim Walz and his brandishing of dictatorial powers. A few samples:

If @GovTimWalz tries to enforce mandatory mask…there’s going to be push back…go ahead arrest me… fine me…put me in jail…but there will be a response for draconian rule and violating the Constitution.

The Sheepeople of America have dropped to there [sic] knees over the Corona Virus which has a death rate of the Flu…If you’re to [sic] stupid to believe this [is] not a plan for destroying American capitalism then you deserve to be exploited and abused in Socialism….I will never kneel.

Liberals get so pissy when people won’t buy their crap. It’s why they need the power of the government to make you buy it. They already run the schools, Hollywood, sports, the culture….it’s not enough until YOU comply. Well, fuck off, I’m not complying.

For these people, freedom, not public health, is the primary concern. They believe personal liberty should supersede all efforts to contain the coronavirus. And while they may feel oppressed by liberal sheepeople intent on muzzling them with masks, they can at least take solace in the knowledge that resistance to public health initiatives—even those judged now to be huge successes—has always existed in Minnesota.

But unfortunately for them, their side usually loses—at least in the long term.

For decades after the development of vaccines, a persistent minority of Minnesotans resisted any efforts by authorities to institute mass vaccinations. As the anti-vaccination St. Paul Globe saw it, too many liberty-loving Minnesotans were happy to “assert the right to jab a virulent virus into the person of his neighbor, willy nilly.” In 1903, anti-vaccination activists used the language of personal freedom to win the repeal of an existing state law requiring children be vaccinated against smallpox. But that early anti-vaccination victory was short-lived. Twenty years later, a severe smallpox outbreak hit the Twin Cities, and suddenly vaccines didn’t seem so bad.

Around that same time, opponents of another public health measure—the chlorination of Minneapolis’s water supply—were making similar arguments. Over the years, Minneapolis had experienced multiple typhoid epidemics caused by polluted Mississippi River water. But in 1910, the city started treating its drinking water with a disinfectant, hypochlorite of lime. Libertarians, more tolerant than others of fecal contamination, argued against the treatments, but the Minneapolis Tribune dismissed them as “well poisoners” and “child murderers.” It didn’t take long for even the most adamant chlorination skeptics to admit that non-lethal drinking water was probably in everyone’s best interest.

The pasteurization of milk was another public health priority that Minnesota’s leave-us-alone contingent attempted to undermine. When several Minnesota communities, including Minneapolis, instituted compulsory dairy pasteurization to control communicable diseases, opponents mobilized. One of their most common arguments was that housewives should be free to purchase unpasteurized dairy products. The inability to buy raw cream struck one Minneapolis Star reader as especially “undemocratic.” Although opponents succeeded in stalling the movement for a few decades, “universal pasteurization” became state law in 1949.

But libertarian opposition to public health efforts may have reached its apex in the early 1950s, when communities throughout Minnesota started adding cavity-fighting fluoride to their water supplies. Prominent conservative activist Donald F. Raihle spoke for many like-minded Minnesotans when he called community fluoridation a violation of “the fundamental principle that no person or agency shall have authority over the body of a human other than himself.” Raihle and his fellow fluoride fighters continued to agitate throughout the 1950s, but their efforts ultimately proved futile. A state law passed in 1967 mandated fluoridation in most Minnesota cities. Brainerd, the state’s last prominent fluoride holdout, started treating its water in 1980 under court order.

Of course, libertarian opposition to public health measures never completely vanished. Anti-vaxxers, raw milk-drinking “food freedom” fighters, and fluoride conspiracy theorists still make their presence felt with various degrees of effectiveness. But they remain, at best, minority voices. As polls taken during our current public health crisis suggest, most Minnesotans continue to believe that tempering personal liberty makes sense if the goal is an undeniable public good—like, I don’t know, saving lives? It’s possible that the Minnesotans who believe Tim Walz is tyrant shepherd leading his flock into liberal captivity will ultimately win the battle of public opinion, but the historical record suggests they won’t.