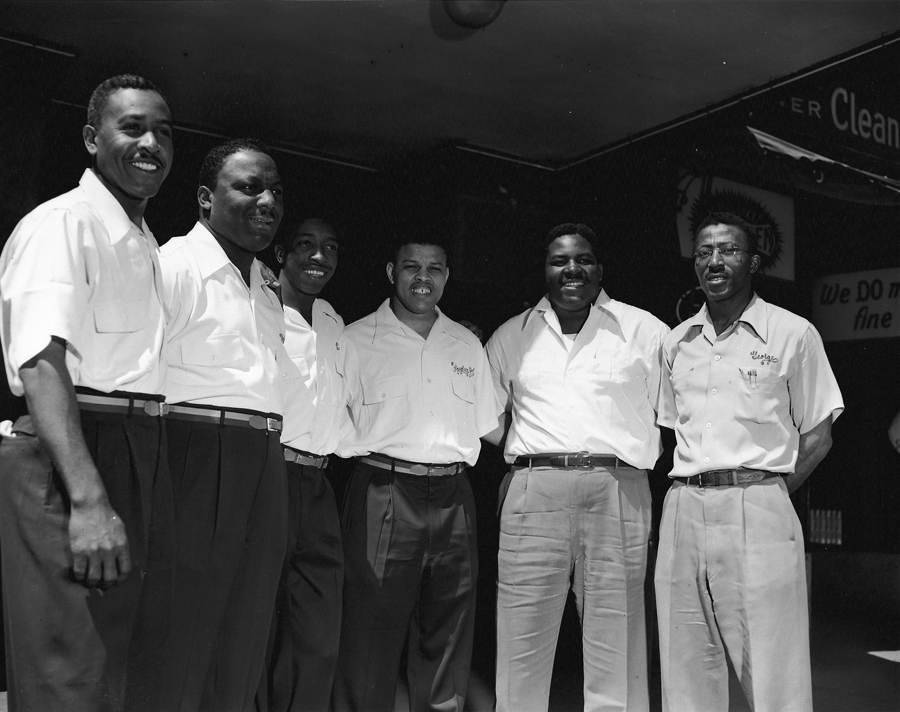 St. Paul played a role in desegregating organized bowling in the mid-twentieth century.

About 20 years ago, while researching Hubert Humphrey’s early civil rights advocacy, I came across a reference to his participation in a group called the National Committee for Fair Play in Bowling (NCFPB). Intrigued, I set off on a long journey of historical investigation that eventually uncovered this photograph, taken in St. Paul in 1951. It shows the members of the Allen Supermarket Team, six bowlers from Detroit who were just as much trailblazers in their sport as Jackie Robinson was in baseball.

In 1947, just four years before this photo was taken, the American Bowling Congress—the organization that controlled nearly every aspect of the country’s most popular amateur sport—voted to uphold its long-held “Caucasians-only” membership policy. Amid the stirrings of an incipient civil rights movement, the ABC was determined to show that African Americans and all other people of color were still, and always would be, unwelcome in the nation’s bowling alleys.

Opposition to the ABC and its racist policies burned brightest in Detroit, which was home to an impressive array of black-owned and black-welcoming bowling alleys unaffiliated with the ABC. With support from the NCFPB—an initiative of the United Auto Workers—African American leaders from Detroit and elsewhere began pressuring the ABC to change its ways. The organization finally capitulated and removed the racial ban from its constitution in 1950. Its first integrated tournament took place in St. Paul.

The Allen team finished in the middle of the pack in the St. Paul tournament, but their scores were almost beside the point. They had become, in the words of the team’s sponsor and captain, Lafayette Allen, “the first to be admitted as competitive individuals in the sport we love, for participation, regardless of the color of our skin.”

Minnesota’s role in desegregating bowling was mostly incidental, but Minnesotans can still take some pride in knowing that a significant moment in civil rights and sports history happened here. “In my book, the Twin Cities are the ‘Queen Cities’ of America,” Lafayette Allen wrote of his team’s experience in St. Paul. “Congeniality and fair play are the passwords in those wonderful cities.”